News & Perspective Drugs & Diseases CME & Education Academy Video Decision Point
close
Please confirm that you would like to log out of Medscape. If you log out, you will be required to enter your username and password the next time you visit. Log out Cancel
Perspective > Medscape Blogs > Lifestyle > Dr Emily Goncalves 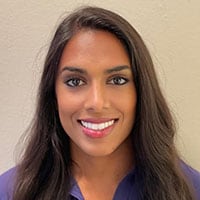 I have had trouble putting my feelings regarding the overturning of Roe v Wade into words.

At first, I was shocked, and the ruling was surreal to me. I could not believe that America has become a country where we have restricted women's rights and their access to healthcare. I have felt a wide range of emotions such as anger, confusion, frustration, sadness, and anxiety.

As a healthcare provider, I see the profound and detrimental effects of restricting abortion access. During my inpatient psychiatry rotations, I saw patients living in poverty with little support from friends or family. Is it fair for these patients to have forced birth?

The effect of a pregnancy is life changing both mentally and physically. Imagine carrying a pregnancy without any support, having mental illness, and being alone. Pregnancy will permanently change a person not just physically but will have profound effect on patients' mental health as well. Women are often at higher risk for depression during pregnancy. This risk is obviously higher if a pregnancy is unintended, and a patient lacks the proper support to continue the pregnancy. Should we increase women's risk even further by forcing them to give birth?

Even if a woman with every resource should not have to undergo a pregnancy that they do not want. I have heard and sympathize with both sides of this argument, but religious views and personal values should not dictate someone else's healthcare. This ruling further supports my feelings regarding women's health not being a priority for our country.

Are women's' lives so undervalued that we should punish them for engaging in a sexual relationship?

Restrictions on abortions seem to reflect a cultural value in America, that being of a lower socioeconomic bracket makes you less valuable. These restrictions target minority women. Why is their body autonomy not valued? It's a scary thought to me.

I know there are many people that vehemently disagree with these ideas, but I urge everyone to look at all cases and reflect that they are coming from different backgrounds and often a place of privilege.

I fear for women finding themselves in desperate situations, turning to suicide and self-harm. I've also seen the effects on patients, both parents and children, who do not have familial support. Their mental health suffers, and the consequences are unfathomable.

I have met children who have demonstrated self-injurious behavior as a result of their unstable environment. Many children are not fortunate to be placed with loving families and end up in the care of the state. Their mental health is not prioritized, and they are plagued with depression and anxiety throughout their childhood. I have met teenagers who are giving birth during my rotations. No mental health counseling is given to these young patients, and they are often left to raising their baby alone, without any support.

I also worry about women who undergo complications in pregnancy or during childbirth. Dilation and curettage are often lifesaving for them. I have witnessed numerous pregnancies in which an abortion is necessary for the health of the mother. D&C is also a treatment for ectopic pregnancy. Should this treatment option be restricted for women living in states in which the law has changed? I certainly hope not.

In short, more women will die if abortion access is restricted.

I urge our country to look at all sides of this issue, and to not overlook the everlasting effects of abortion restrictions.

About Dr Emily Goncalves
Emily S. Goncalves, MD, MBA, is a psychiatry resident at Delaware Psychiatric Center in New Castle. She is a competitive runner and ran for Syracuse University. She continues to live an active lifestyle and has competed in ten marathons, including the Boston Marathon. Emily hopes to share her passion for running with her patients and is interested in pursuing a career in consultation and liaison psychiatry. She also enjoys writing about her running adventures.