News & Perspective Drugs & Diseases CME & Education Academy Video Decision Point
close
Please confirm that you would like to log out of Medscape. If you log out, you will be required to enter your username and password the next time you visit. Log out Cancel
Perspective > Medscape Blogs > Education & Training > Yash Shah 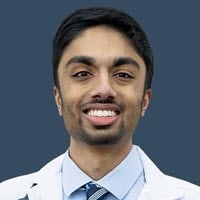 In late July, only 28 months after the implementation of initial quarantine measures for the COVID-19 pandemic, the World Health Organization declared monkeypox a Public Health Emergency of International Concern. Many felt whiplash, considering we were still surrounded by COVID, which actually experienced a surge over the summer.

To date, monkeypox cases continue to increase across the country, and there remains great uncertainty about the future of this new public health crisis.

Much has been discussed about the great difficulties overcome during the COVID-19 pandemic, where novel testing, vaccination, and treatment regimens had to be developed. These were complicated by obstacles, including a delayed government response, a lack of public cooperation with safety measures, and a general lack of preparedness among public health infrastructure.

In contrast, monkeypox is not a new virus. Unlike COVID, monkeypox has been endemic in various regions of the world for decades. Moreover, the United States already possessed vaccination and testing capabilities for this virus yet was still unable to prevent the current outbreak.

Points of improvement for COVID throughout 2020-2021 included better surveillance, accessibility to testing, and increased public outreach aiming to improve awareness and education. However, one of the most serious concerns during the COVID-19 pandemic — that of disproportionate morbidity and lack of access among underserved racial and socioeconomic groups — persists today. This concern has regrettably remained with monkeypox.

Many experts are critiquing the US response to this latest disease outbreak, saying officials did not act quickly enough and failed to take the threat seriously. More specifically, however, Philadelphia, where my medical school is located, recently released data indicating that the response was far worse in communities of color.

These poor vaccination rates are frequently rooted in fears by the African American community, who understandably hold wide-ranging distrust in medicine owing to historical racism and immoral practices. Great work is needed to rebuild faith and dispel concern of unfair medical practices.

However, existing fears are also based in more contemporary inequality. Funding for public health is often lower in neighborhoods that are predominantly home to racial minorities, and access to healthcare services in such areas is frequently inferior, with reduced availability of doctor's offices, pharmacies, and preventive services.

Currently in Philadelphia, vaccines are largely available to those who take the initiative to call the monkeypox hotline and take the time to confirm and attend an appointment — a time-consuming and complicated process. However, vaccination efforts during the COVID pandemic showed us that bringing public health measures and health education directly to patient communities is vital to eliminating disparities and improving outcomes.

With COVID, over time, officials often partnered with local and religious leaders in underserved communities to spread the word regarding the safety and efficacy of vaccines. They also brought vaccine initiatives to local community centers and high-traffic areas in order to improve accessibility and convenience. Unfortunately, these initiatives, though profoundly successful for COVID, are still lacking as monkeypox cases rise.

The Centers for Disease Control and Prevention has released data that corroborate Philadelphia's trends on the national level. Continued disparities in disease incidence, testing, and treatment only serve to compound the mistrust of underserved communities, producing a gravely negative cycle.

Disparities at the global level also continue to persist. Aside from the ethical need to vaccinate, test, or treat as many people as possible across the globe, working toward global equality also has broader public health benefits for everyone.

We saw the consequences of unequal global access with COVID. For example, vaccine inequality in underdeveloped countries resulted in the emergence of novel variants that returned to the United States and often led to breakthrough infections for vaccinated individuals.

In comparison, monkeypox was present in poorer countries prior to this year, but unfortunately, existing vaccines were not made available to these communities in need. As a result, the current outbreak, which could have been prevented, now threatens people across the world.

We have already demonstrated the efficacy of solutions, including use of trusted messengers, tailored educational outreach, and efforts to broaden convenient access. It is unfortunate that officials were unable to translate these lessons from COVID to monkeypox because these disparities could have been prevented.

With the second public health crisis in as many years, it is important that we finally recognize the need for lasting infrastructure, improved medical education, and new public health policies to ensure that this concern does not repeat itself for a third time.

About Yash B. Shah
Yash Shah is a first-year medical student at Sidney Kimmel Medical College at Thomas Jefferson University in Philadelphia, Pennsylvania. He earned a bachelor of science in premedicine from Penn State University. Prior to attending medical school, Yash worked on clinical and translational research in hematology/oncology at the Children's Hospital of Philadelphia. Yash has long-standing interests in advancing medical education, improving healthcare policy and economics, and working with cancer patients. In his free time, he enjoys playing tennis, rooting for the Eagles, reading, and traveling.