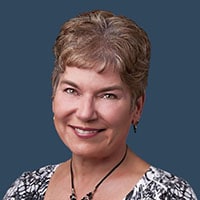 In the spring of 2004, Philip Ticktin, MD, a popular Texas emergency physician (EP), took his life, poignantly ending an exasperating lawsuit. His suicide note read: "Hopefully my death will shed light on the problem of dishonest expert witnesses and judges unwilling to scrutinize cases more carefully…."

Six years earlier, a young male patient arrived for a mandatory drug screen following a minor work-related incident at the ED where Dr Ticktin was on duty. Normally, the duty EP would not ever be aware of such a patient. However, when the nurse attempted to obtain a urine sample, the patient became agitated. Dr Ticktin was called by the nurse to help control the patient, who was now endangering himself and staff.

Dr Ticktin ordered an IV and blood work, cardiac monitoring, and a CT scan which would require sedation. Soon after the scan was completed, the patient suffered respiratory arrest and a rapid drop in oxygen saturation. He was stabilized and admitted to the ICU for observation. Late that night, the patient admitted to having "drunk water" to mask a drug screen he feared would be positive. The next day, the patient slipped into a coma and died.

Autopsy findings suggested that he must have consumed over three gallons of water in an attempt to foil the drug test. As a result, he suffered lethal water intoxication.

The family sued for wrongful death. An expert witness testified that the patient did not die as a result of water intoxication, but directly from the negligent care of Dr Ticktin. He also opined that any excessive water intake was the fault of the hospital, because the patient had been asked to drink fluids to produce a urine sample. This did not appear in the record; besides which, the patient had been in the hospital for only a half-hour when the agitation occurred. For sedation, 15 mg Haldol was administered IV. Citing only the PDR (Physicians' Desk Reference) as the basis for his opinion, the "expert" claimed that this was an inappropriate drug, an inappropriate route, and an inappropriate dose.

A second plaintiff witness who was several years out of training (and had been fired from four different positions) was also named. The new witness testified that hypoxia, a key element of the plaintiff's case, was seen on the patient's CT scan. Hypoxia cannot be seen on a CT scan!

The case proceeded, despite a state mediator's opinion that it was frivolous.

Increasingly frustrated, Dr Ticktin filed complaints against both witnesses with the state medical board for lack of professional competency and objectivity. When this resulted in no disciplinary action, Dr Ticktin ill-advisedly sent letters to the witnesses' respective employers about their "medically unsound" testimony.

The plaintiff attorney retaliated by filing for legal sanctions against Dr Ticktin for "witness intimidation" and "abuse of judicial process."

In addition, the attorneys filed for and obtained what is called a "crime fraud exception" against Dr Ticktin and his defense attorney. This ruling dissolved their attorney-client privilege (the ability of a client and an attorney to communicate privately) and was the deathblow to the defense, because nothing that subsequently passed between them could be kept confidential.

The following day, Dr Ticktin settled the malpractice case out of court for $225,000, in excess of a year's salary. To have litigated the case further risked an even larger judgment (potentially in the millions, with personal liability), beyond the limits of his liability coverage.

The injustice was too much for Dr Ticktin to bear. Two days later, he completed suicide with a self-inflicted gunshot wound. Additional damages were then sought from his estate.

There are very real legal hazards in attempting to rein in expert witness testimony, no matter how unsupportable or egregious. I have previously written that most medical expert testimony is considered opinion rather than fact testimony. Courts protect such opinion testimony, because they are dependent upon it to adjudicate malpractice cases. We've seen that licensure boards are reluctant to act.

Additionally, doctors who are comfortable in courtrooms as witnesses are not averse to suing for themselves, and they may have favors to call in from plaintiff attorneys whom they have previously "serviced" through testimony. Legal claims can be brought against physicians who attempt to expose unethical experts, including (among others) tortious interference with contract, and alleged damages from loss of this accessory income stream from testimony can be substantial.

Almost nothing can be done directly during the course of ongoing litigation without risking the fury of a court, as was felt by Dr Ticktin. No medical board or professional association is going to entertain a complaint which might bring them directly into the sights of plaintiffs or a judge for attempting to pervert the course of justice.

About the only thing a defendant can do during this period is to gather information about policies and procedures (such as professional association ethics policies) that might be useful after the case is concluded. If your specialty has an Expert Witness Affirmation, that document might safely be used by your lawyer during the course of deposition, as mentioned previously here. If the expert is an academician, faculty policies relating to expert testimony and disposition of income from same can also potentially be used in deposition.

Tax returns can be subpoenaed to attempt to establish whether the expert is declaring income received from this source. Of course, your lawyer should seek out testimony of witnesses from databases that aggregate transcripts, so as to learn whether the expert has testified exclusively for plaintiff or defense, or whether s/he has testified in any case that is very close to the facts of your case. Your hands are temporarily tethered, but they're not immobilized.

You may dream of dismembering the plaintiff, expert, and/or lawyer pursuing a case against you, but it may help to remember that you are a physician first and a defendant only because you are considered a "deep pocket." Never forget that if you endanger yourself legally (or otherwise), the game could essentially be over for you.

Previous blogs in the Lessons Learned From Litigation series:

Being a Medical Expert: Viable Gig or Ethical Minefield?

About Dr Louise Andrew
Louise B. Andrew, MD, JD, is a fifth-generation physician/attorney and a leader in the American College of Emergency Physicians and, recently, the American Medical Association. She cofounded a number of physician service organizations and has received numerous national and international awards. Throughout her career in emergency medicine and since, she has maintained MDMentor.com and Black-Bile.com, websites supporting physicians. She teaches, counsels, testifies, and mediates for physicians, hospitals, and others on aspects of physician wellness, behavior, litigation and regulatory stress management, medical expert witness issues, disability, and physician suicide prevention.

Cite this: Louise B. Andrew. What Not to Do If an Expert Has Falsely Testified Against You - Medscape - Oct 06, 2021.